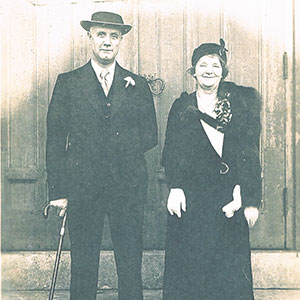 The WSB began as The Weston Boys Band, founded in 1921 by George Sainsbury. Sainsbury began his musical life playing in a fife and drum band in his hometown of Fawley, England at the age of 12. Before emigrating to Canada in 1905, he founded his own fife and drum band which became a Brass Band in Littlehampton, England ( later to become the present day Littlehampton Concert Band ). 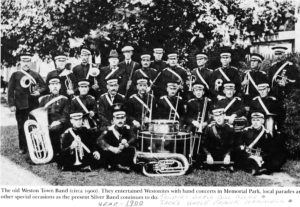 Shortly after his arrival, he became bandmaster of the Weston Town Band. The outbreak of World War I brought civilian banding to a halt and Sainsbury took charge of the 220th Battalion Band and later, the Headquarters Band of Military District No.2

World War II saw the majority of band members enlisting in the armed forces and the band ceased operations for the first and only time in its history, becoming the official band of the Canadian Field Artillery, before reforming under Sainsbury’s baton in 1946. With instruments in poor repair and financial support a continuing issue, the band became incorporated as a non-profit organization in 1947.

From its top place finishes during the heyday of band contesting at the Canadian National Exhibition Band competitions in the 1960’s and 1970’s to its entry in the North American Brass Band Association’s competitions in North Carolina and Indianapolis in the 1980’s, the WSB continued to represent the proud tradition of brass banding in Toronto and the province of Ontario.

In 1995, the WSB hosted the NABBA competition in Toronto which saw 15 bands from Canada and the US competing for top honours. Later in the year, Weston was honoured to be one of two bands representing NABBA at the Great American Brass Band Festival in Danville, Kentucky. 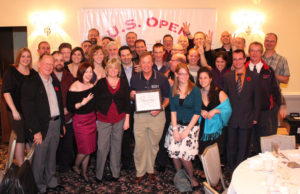 The past decade has seen a revitalization of the band and organization, building a reputation for excellence musically as well as organizationally and receiving great reviews. Five time winners of the Hannaford Cup (2008, 2010, 2013, 2015, 2016), an annual Award of Excellence at Toronto’s Festival of Brass, as well as Best Soloist awards for members Brad Norton, cornet (2011) and Robert Miller, euphonium (2013) and Matt Ross (2015), the WSB has recently gained international recognition as a performing ensemble. In November 2009, the WSB became the first Canadian band invited to compete at the US Open Brass Band Championships, in Chicago, Illinois and placed third overall. In 2010, WSB Euphonium virtuoso Robert Miller was awarded  US Open Best Soloist. 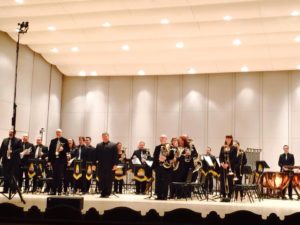 In 2014, the WSB returned to competition at the North American Brass Band Championships after an 18 year hiatus, and is the first and only Canadian Brass Band to win section titles at the contest, winning first place honours in the 2nd section in 2014. Moving up to First Section in 2015, the WSB repeated their top prize winning result. Following a 2nd place finish in 2016, the WSB decisively reclaimed 1st place at The Championships in March 2017 and placed second in 2018. Weston Silver Band is the only Canadian Brass Band to ever win section titles at the contest.

Presently, the WSB presents a concert series during the fall and winter season in Toronto at CBC’s Glenn Gould Studio, and maintains a busy performance schedule in venues throughout the GTA and southern Ontario. 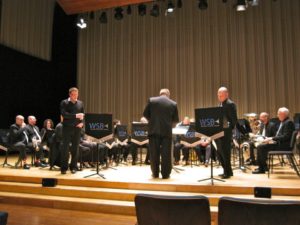 Brass bands have a long and proud history in Ontario and the WSB honours its history of providing a valuable and unique contribution to the rich musical heritage of this province. Our thanks to our supporters and we look forward to many more successful years of brass banding!