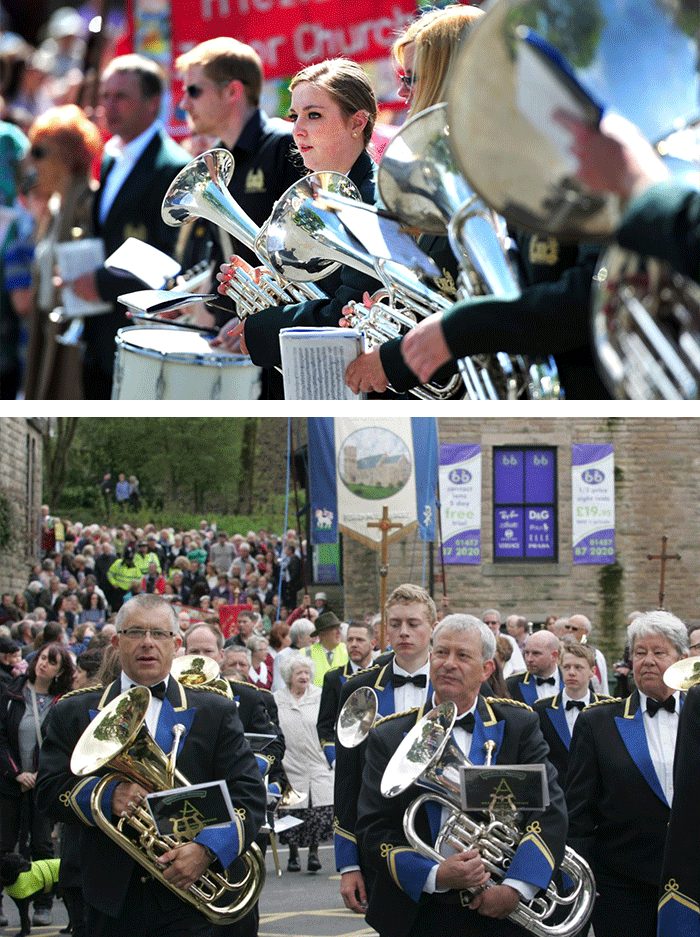 Often described as ‘the greatest free show on Earth’, the Saddleworth & District Whit Friday Brass Band Contests take place every year on the afternoon and evening of Whit Friday.

Established in 1884, the event has grown in popularity. Last year well over a hundred brass bands participated in some twenty different contests at venues scattered around the moorland villages and towns on the western edge of the Pennines. This is a major event in the brass band calendar and bands travel the length of the country to participate.

Contests typically start at about 4.30pm. Bands play two pieces (marches), one on the march and then their well-rehearsed show-piece march. Each performance is scored ‘blind’ by an adjudicator, hidden in some adjacent darkened room or caravan. 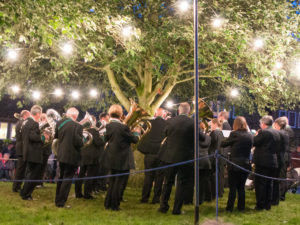 Each contest offers prizes for the best band, best youth band, best soloists etc. At one of the busier venues, you could expect to hear over 50 bands, before the winners are announced shortly after close (10.30 pm or 11.30pm, though the most popular contests can go on well into the early hours).