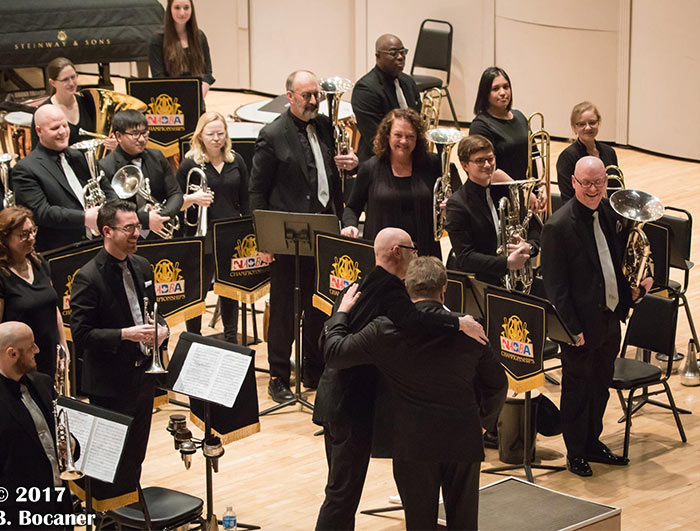 We are thrilled to announce that we reclaimed our title as North American Champions (First Section) at the North American Brass Band Championships on March 11, 2017.
WSB Music Director Larry Shields describes it as “an incredible weekend! I am so proud to be associated with the Weston Silver Band. This amazing group of people/musicians worked so hard, for so long and they left it all on the stage.”

It was a performance that left a big impression on all 3 of the prestigious adjudicators scoring the contest. The band receives audio comments recorded in real time over the performance from each judge. Special guest adjudicator, UK Composer Peter Graham, who composed the Set Test piece Voyage to World’s Unknown, said in his comments that the WSB’s was “the performance I’ve been waiting for. Thank you very much, you made the trip (over from the UK) worthwhile” and adding the band had “one of the best band sounds I’ve heard this weekend”.  Adjudicator Stephen Bulla described the performance of Voyage and our Own Choice selection, Endeavour (Philip Sparke) as “profound” and “inspiring” and kidded the the WSB, asking “tell me about the memo I missed as to why you are not in the Championship section?” 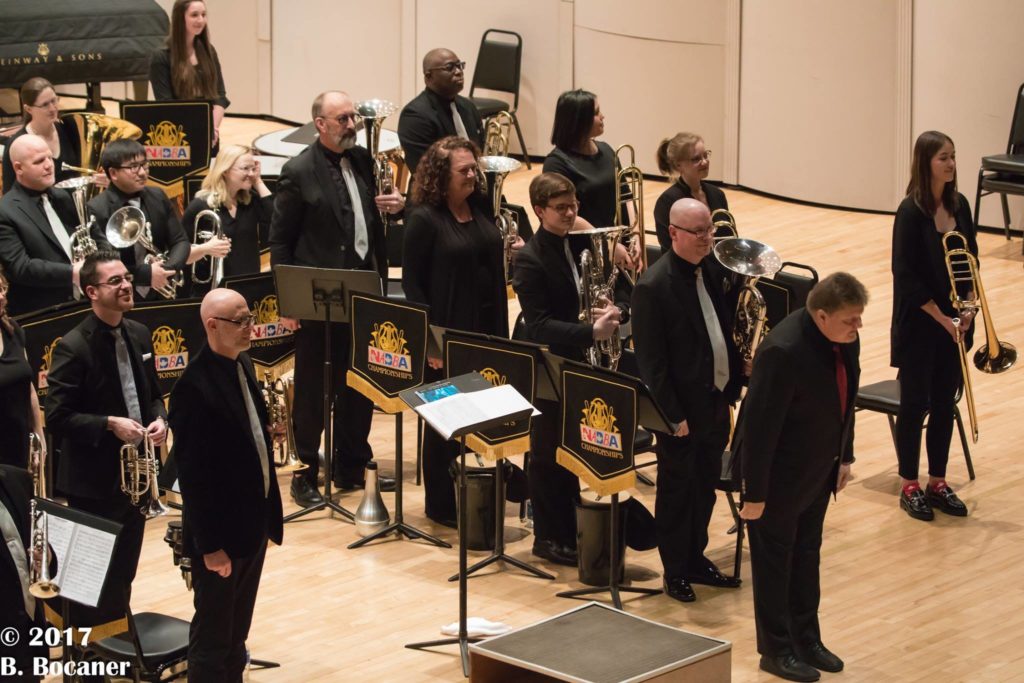 When the winning scores were announced at the Awards Ceremony on Saturday night, Weston Silver Band’s score caused an audible gasp in the packed Embassy Theatre in Fort Wayne, Indiana. Not only had we won the National Title, we did so by over 8 points above the rest of the field of 10 bands in First section. 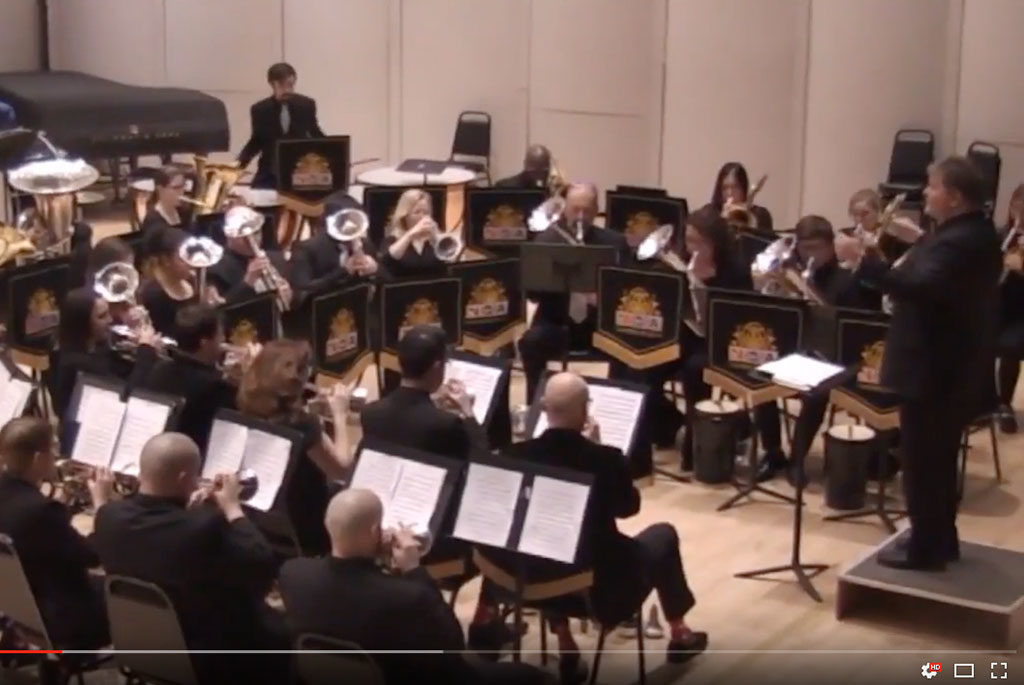 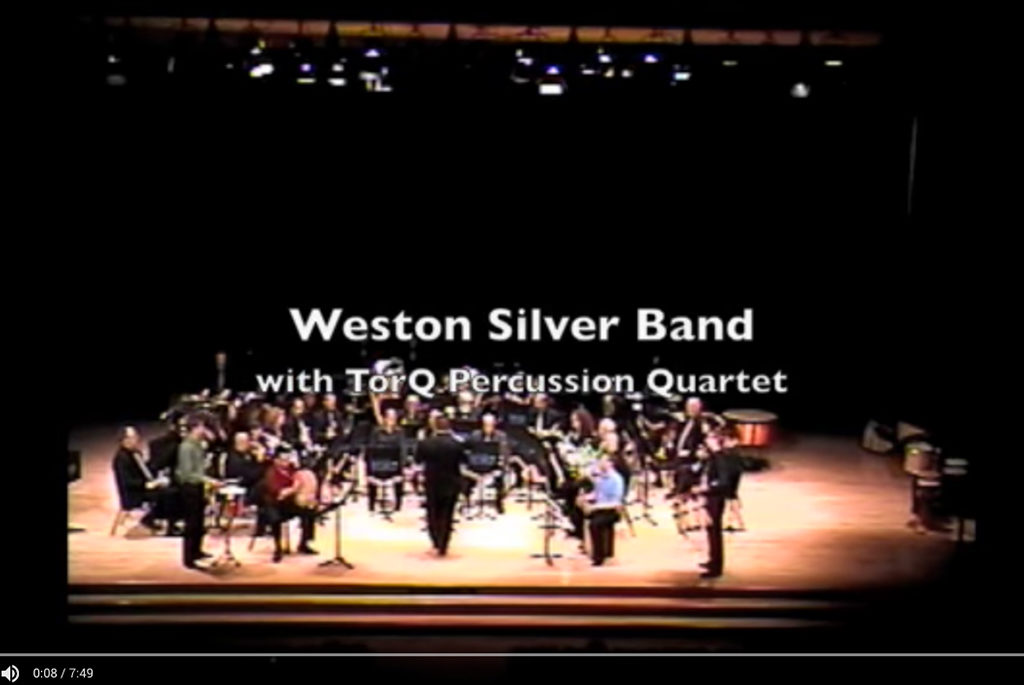 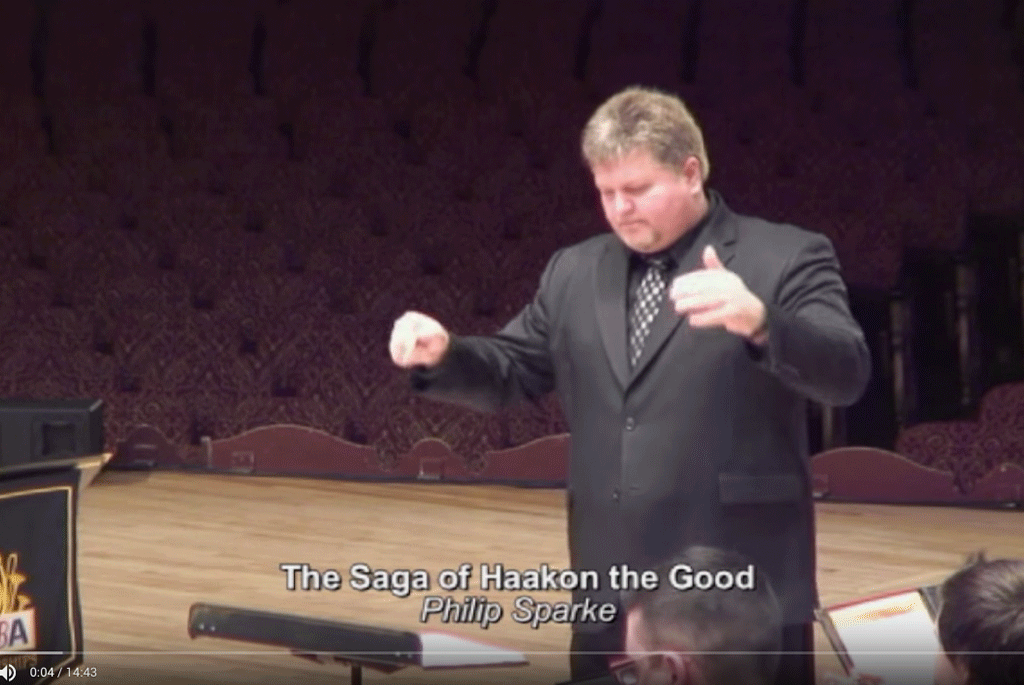